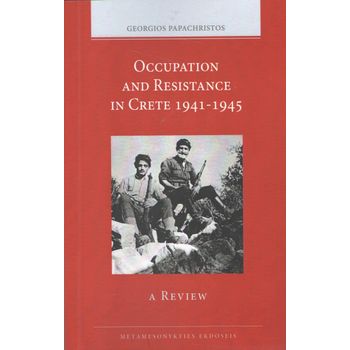 When German paratroopers started to fall on Crete, Cretans from all around the island, with whatever weapon they could muster (from pitchforks to 19th century bayonets), ran to defend their homeland. However, they would pay dearly for this in the future. Their contribution to the Battle of Crete was both substantial and remarkable. It is not the course of the Battle of Crete that is presented in this book, but the events that occurred after the Battle. The endogenous and exogenous causes that led to the creation of the Resistance are covered – and how this movement affected the Occupation and the War itself.